A recent study showed that people in the U.S. fear developing Alzheimer's disease more than any other major life-threatening disease—including cancer, stroke, heart disease and diabetes. It also found if diagnosed with the disease, most have deep concerns about their inability to care for themselves. Burdening others by losing memory of life and loved ones was the second greatest concern, according to the MarketWatch article, “What to know about Alzheimer’s and retirement planning.” 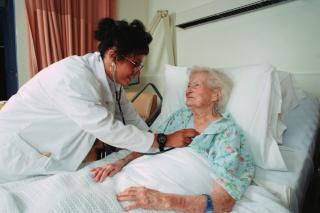 A survey of about 1,000 adults by Harris Interactive showed that the percentage of people who fear getting Alzheimer's has risen much more since 2006 compared to other diseases. This means it’s critical to properly plan for your retirement years early in case you or a loved one becomes afflicted. Take a look at the breakdown in terms of dollars for care between three common diseases:

These potential medical expenses must be considered in retirement and estate planning. Some of it can be paid for by insurance, Medicare and Medicaid. However, a large amount needs to be paid out of pocket by the family. In most instances, the total cost of care by family caregivers isn’t included in estimates because much of that time is just "helping out," and there’s no cost figure against this. Similarly, there’s no estimate on the amount of lost income family-care providers would have earned if they weren’t involved in the care giving.

Financial planning often gets delayed, but there are many tasks that should be done to make things easier and to avoid complications down the road. Identify family members who should be included in financial plans, like those who can help with routine financial responsibilities. You also should identify the projected costs of care when it comes to Alzheimer's and dementia because those costs are so high. Review any available government benefits, along with Medicare and long-term care policies.

Reference: MarketWatch (July 7, 2016) “What to know about Alzheimer’s and retirement planning”