If you're in your senior years, you may want to think twice before tying the knot. The love bug can bite at any age, and that can include pain in your wallet. This advice comes from The Hartford (CT) Courant in its recent article “Fit to Be Tied? Think Twice About Marriage in Your Golden Years.”

A late marriage can mess up your previous plans for your estate, personal finances, as well as any advance directives for your end-of-life health care. It can also impact decisions you've made and will make, in addition to those of your spouse and heirs. 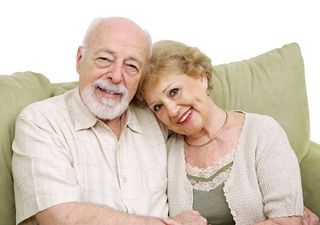 No one is saying that older folks shouldn’t marry. They just need to be aware of the impact it may have on their plans. Elder law attorneys advise that those thinking about marriage later in life, at the time when personal wealth is typically the highest, understand the laws on the property rights of both spouses.

Property owned jointly or exclusively by either spouse is deemed to be marital property when it comes to divorce settlement or settling an estate in many states. If you understand the applicable property rights before the marriage, it’ll let you modify your wills, powers of attorney, health care proxies and designated beneficiaries to avoid legal conflicts in the future. Those who marry later in life must face several estate planning issues younger couples don’t. For example, there may be an accumulation of considerable assets or both may have children from earlier relationships.

Marriage is a legal contract between two people that can only be ended by death, annulment or divorce. The laws concerning marriage typically aim to protect the rights and interests of both spouses. One spouse can’t entirely “disinherit" their surviving spouse, regardless of what he or she writes in a will. Under the law of some states, a surviving spouse is entitled to the income generated from a third of their late spouse’s estate for the rest of their life after all its liabilities are settled.

A good idea to eliminate possible hard feelings is a professionally drafted prenuptial agreement. This document details the legal course to be followed in the event of divorce and decreases the possibility of major disagreements.

Reference: The Hartford (CT) Courant (Sept. 24, 2016) “Fit to Be Tied? Think Twice About Marriage in Your Golden Years”