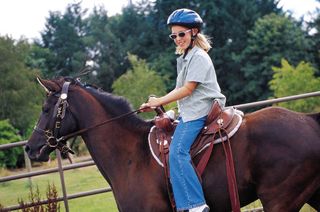 A judge approved a settlement in which Kirk Kerkorian’s estate will give $8.5 million to a young woman who claims that she is the late billionaire’s biological daughter. myLAnews.com reported in "I am my rich father’s child! Teen gets $8.5M as bio daughter of Kirk Kerkorian" that the judge’s ruling came despite a request by 17-year-old Kira Kerkorian for a delay so she could hire her own lawyer when she turns 18 next week. She wanted that help to decide if she should stop her will contest.

The judge believes the resolution is in the teen’s best interests. Kira told the judge that she did not object to the settlement but needed more information than what has been given her by her guardian ad litem, Michael Augustine, who was appointed last September to advocate for the teen’s interests.

Augustine denied the claim that he did not keep Kira informed about the settlement. He said he was pleased that the settlement was approved. He filed the will contest petition on behalf of the teenager and argued that when Kirk’s will was created, its beneficiaries "knew or should have known (Kirk Kerkorian’s) health was failing, that he was dependent on the persons surrounding him for his daily living needs and that he was highly susceptible to the influence of the persons on whom he depended."

Kirk Kerkorian was obligated to provide $7 million to a trust created on Kira’s behalf based on his marital settlement agreement with ex-wife Lisa, the teen’s mother. Under the will contest settlement, another $1.5 million will be given to the teen’s trust.

Lisa Bonder Kerkorian was married to Kirk for less than a month in 1999, and he denied during his lifetime that he was Kira’s father. However, he grew fond of the girl and decided to provide for her nonetheless. Kerkorian died last June at age 98. He developed numerous properties on the Las Vegas Strip, such as the MGM and MGM Grand. Kerkorian also invested in and operated businesses in a number of industries—including airlines, automakers, Chrysler Corp., General Motors and film studios. He bought MGM Studios three times, bought United Artists and tried to acquire Columbia Pictures.