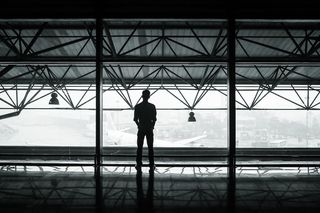 A bitter battle to control the fortune of ailing billionaire Sumner Redstone escalated recently when the media mogul's ex-girlfriend filed a lawsuit alleging that he is mentally impaired and unable to make decisions.

In "Billionaire Sumner Redstone unable to make decisions, says lawsuit by ex-girlfriend," The Los Angeles Times reports that the lawsuit raises important questions about whether the 92-year-old is capable of overseeing the affairs of the two media companies that he controls, Viacom Inc. and CBS Corp., and whether he should be removed from controlling his multibillion-dollar empire. The lawsuit was filed in Los Angeles by Redstone's former girlfriend, Manuela Herzer. It details the deteriorating health of the once powerful corporate chief, calling him mentally vacant, unable to speak intelligibly or eat on his own, and prone to uncontrollable crying spells.

Redstone is worth $5.5 billion, according to Forbes. Until last summer, Redstone had entrusted his day-to-day care to Herzer and another girlfriend. He gave them both lavish homes, jewelry, and other gifts worth millions of dollars. However, the ladies were banished from Redstone's life after they posed last spring for a splashy Vanity Fair photo spread that celebrated their status as his girlfriends.

Herzer filed the probate lawsuit claiming that Redstone doesn't have the mental capacity to make decisions about his care—one of which was having Herzer removed as his primary caretaker. The suit demands that Redstone receive a mental examination. Herzer was in charge of Redstone's advance health care directive and made decisions on his behalf, but that changed on October 12.

Herzer said Redstone's health began to decline in the summer of 2014. He was hospitalized several times, and a feeding tube was installed. Herzer became Redstone's primary caretaker for several months, until her eviction. She contends that he lacked the mental capacity to understand what he was signing.