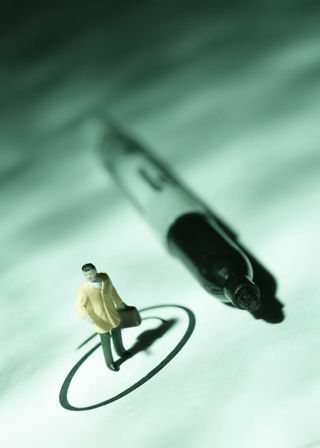 Now that the New Year festivities are finished, it’s time to look at your 2016 calendar. No, we’re not talking about your spouse’s birthday or when to schedule that Caribbean cruise (although you should do that too!). We are talking about several important deadlines, including tax payments and health-plan enrollment. Miss a date, and it can cost you, says Kiplinger’s recent article “15 Deadlines Retirees Can’t Afford to Miss in 2016.”

Print this and post it in a good spot, or add these dates to your online calendar with reminders.

January 1 (or thereabouts): This is a great time to get your financial house in order. Review your assets and financial plan. Those who are nearly retired should examine their financial plan at least annually, and retirees should conduct quarterly reviews.

For Social Security beneficiaries, a new budget law eliminated the “restricted application” strategy for those who are age 61 and younger after January 1. But many baby boomers got an exception, so if you are 62 or older on January 1, 2016, you can still use this, which lets you apply just for spousal benefits at full retirement age while letting your own benefit grow 8% a year until age 70.

January 15: If you file estimated taxes, you must file the final payment for the 2015 tax year. However, the IRS gives you a grace period if you file your tax return by February 1. Pay the balance when you file by that date.

If you want to purchase individual health insurance on the federal and state health exchanges, January 15 is the deadline to enroll in or change health plans for new coverage to start in February.

January 31: This is the deadline to enroll in individual health insurance or change plans on the exchanges and have coverage start in March 2016. Remember, if you don’t have health insurance for 2016, you are subject to a penalty.

March 15: If your company offered a grace period for your flexible spending account, spend your remaining FSA money by March 15 on eligible expenses. If you miss this deadline, the cash balance in your account goes to your employer.

April 1: If you turned 70½ in 2015, April 1 is your deadline for taking your first required minimum distributions (RMD) from your retirement accounts, such as your 401(k) and your IRA.

The penalty for missing an RMD is 50% (yes half!) of the amount that wasn’t withdrawn. If you miss a required distribution, take the money out as soon as you realize your error and ask the IRS to waive the penalty with Form 5329 and a letter of explanation.

April 18: The federal tax filing deadline in 2016 is delayed to April 18 because of the celebration of Emancipation Day on the 15th in DC. April 18 is also the last day to make 2015 contributions to an IRA. You can file for a six-month extension on your 2015 return, but you need to pay your expected tax bill by April 18. And don’t forget about state taxes!

April 18 is also the due date for the first federal estimated tax payment for the 2016 tax year.

April 30: A new law ends the “file and suspend” Social Security strategy. If you want to use this and are at full retirement age of 66 or older as of May 1, you must file for your benefit and suspend it by April 30, 2016. Then your spouse can collect spousal benefits based on your earnings record while you postpone your benefit to earn 8% a year in delayed retirement credits.

June 15: Your second estimated tax payment is due (if applicable).

June 30: Retirees abroad who had more than $10,000 in foreign bank accounts in 2015 must file FinCEN Form 114 with the Treasury Department. The government imposes huge penalties for failing to file.

September 15: If you’re paying estimated tax, you must send in 2016’s third payment. The final estimated tax payment is due in January 2017.

September 30: Some beneficiaries who inherited individual and Roth IRAs in 2015 take note—if a non-individual (like a charity) has also been named as a beneficiary, cash out the non-individual’s portion by this date. Otherwise, the IRA may have to be totally withdrawn within five years after the original owner’s death.

October 15: Open enrollment begins for private Medicare Part D prescription drug plans and Advantage plans. This ends on December 7. Take some time to study this, as plans can change their benefits and drug formularies from year to year.

October 17: Your 2015 tax return is due today if you filed for a six-month extension. But breathe easy: because the usual deadline of October 15 falls on a Saturday, you get a few extra days to finish up your return.

November 1: Watch for federal and state health care exchanges to open for enrollment for 2017 health coverage.

December 31: Of course, end of the year means the deadline for several tax moves, such as the second required minimum distribution. Non-spouse beneficiaries of traditional and Roth IRAs must also take RMDs by year-end, starting the year after the original owner’s death.

If multiple beneficiaries have been named to an inherited IRA, be sure to split the account by December 31 of the year after the owner’s death. That way each beneficiary can use his or her own life expectancy for required withdrawals. If not, then the withdrawals will be based on the oldest beneficiary’s life expectancy.

Also, to receive a 2016 charitable tax deduction, contribute by the 31st. Last-minute donations can be made on a credit card or to a donor-advised fund.