Sumner Redstone, the elderly media mogul, offered his daughter Shari $1 billion for her 20% stake in his empire. This was in part to make certain that she'd never succeed him as chairman. She declined his offer. With that, his two girlfriends were set as the principal beneficiaries of his personal estate. 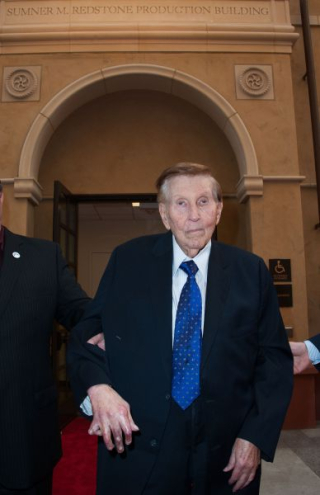 CNN Money reports on all of this in "Sumner Redstone's Viacom battle, how did it get so bad?"

At present, Shari is a fixture in her father's affairs and the girlfriends are out—out of Redstone's mansion and out of his will. Instead Sumner's decisions about the future of Viacom and CBS—where he is chairman emeritus—are now back in line with his daughter.

Sumner recently removed Viacom CEO Philippe Dauman, who was a trusted adviser and long described as Sumner's second son, as well as Viacom director George Abrams from his trust. The move signals Shari's power over the future of the company. This sudden change in the ailing Redstone's decision-making has led many, including Dauman, to claim that Shari is manipulating her father. Shari's spokesperson calls the accusation "absurd."

At stake is the future of a $40 billion media empire that includes Paramount Pictures, CBS and cable channels like MTV, Comedy Central and Nickelodeon.

Before Shari intervened, the CNN article reports that Redstone intended to leave Manuela Herzer and Sydney Holland—his two longtime, live-in girlfriends who were roughly half his age—$75 million each when he died. If Shari tried to interfere with that plan, Redstone planned on giving the family cemetery plots to the two ladies—effectively settling their right to be with him not just for life but for eternity. The argument now is whether Shari intervened in accordance with her father's wishes or despite them.

Herzer says that Shari "brainwashed" her father and that she worked in concert with Redstone's nurse to have Herzer thrown out of the mansion to help her gain control over the future of her father's empire. But her court case was dismissed. Herzer has filed a second lawsuit against Shari for $70 million, which is the inheritance she lost when Redstone cut her out of his will.

If Shari gets control of Viacom and CBS, many analysts believe she might reunite the two companies—which were split in 2005—and put them under the control of a single executive. In that case, Shari's chosen executive would likely be Leslie Moonves, the longtime chief executive of CBS Corporation.