The 63-year-old Wolff, who is married, is also the father of a baby with a much younger TV personality. He now is also a defendant in the new Manhattan civil suit with his estranged spouse, attorney Alison Anthoine. Wolff was under the impression that he’d settled a suit with his 93-year-old mother-in-law and his wife’s three siblings in 2011 over family real estate, as reported in The New York Post article, “Ex-Vanity Fair editor tangled in $6M legal battle with in-laws.” 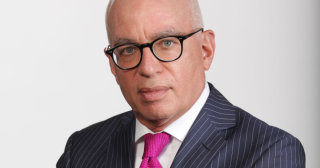 The settlement allows matriarch Edith Anthoine to live in the one-bedroom apartment until she dies, with access for Alison permitted two times a year. The settlement was reached after a judge found there was evidence supporting Edith’s claims that she’d swapped a four-bedroom on Lexington Avenue and 77th Street with Michael and Alison in exchange for her one-bedroom apartment. Edith claims the two later attempted to evict her, which resulted in her suffering a heart attack.

Nina, Robert, Nelson and mother Edith Anthoine are suing Wolff and Alison. They claim the two stole artwork from her home, took a box of antique jewelry and refused to share proceeds from the sale of a $1.85 million Manhattan apartment.

Alison, who lives apart from Wolff, visited her mother’s home in June 2015 to photograph artwork. This escalated to violence with Alison grabbing her sister’s arm and hitting her mother’s hand, according to court papers.

The lawsuit says the two “have stolen millions to support their lavish lifestyles.” The papers petition the court to disbar Alison—in addition to the $6 million in damages.

The family has been fighting over the multimillion dollar estate of Alison’s father, the late Columbia Law School Professor Robert Anthoine. The thrice-married attorney passed away in 2015 at 94. A will contest is still pending in Florida.

“These defendants have been the ultimate recipients of their parents’ bounty, in every way, and they represent an unchecked greed that has swept the society,” the New York suit says.

Wolff said he didn’t know about the lawsuit.