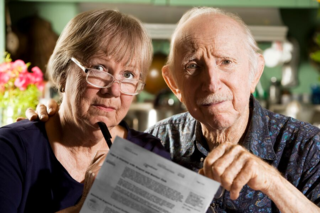 However, under some state laws, financial institutions are required to accept a power of attorney unless the principal’s signature isn’t genuine or the bank employee has received actual notice that the principal is dead, revoked the document or wasn’t competent to execute the document. Some states’ statutes say that the bank isn’t required to accept a power of attorney that is presented more than 10 years after its execution date or on which it hasn’t acted for a 10-year period—unless the agent is the spouse, a parent or a descendant of a parent of the principal. If the agent or principal has given the bank the agent’s address, the bank has to notify the agent that the power of attorney won’t be honored and give the reason that it has been rejected.

Banks will in many case reject a valid power of attorney for a variety of reasons due to their concerns about liability. The bank officer who enforces the bank’s internal policies on powers of attorney is typically not an attorney and may not understand the law—or he or she is adhering to a bank policy, which may violate state law.

In the event that a valid power of attorney is rejected, try to talk with the branch manager. If that fails, ask to speak to someone in the legal department. If this also doesn’t work, and the principal is competent, the path of least resistance may be to simply have the principal sign a new power of attorney that permits the agents to act independently.

If the principal isn’t competent, the agent may want to contact an attorney to write a letter to the bank explaining the law—or threaten to or actually transfer the assets to a different bank that will be a little more flexible and accept the power of attorney.