All of the details of Ali's will have not been uncovered after his recent death. Nonetheless, Investment News says in “How will Muhammad Ali's estate play out?” that there are some aspects of his life, business affairs, and family dynamics that might make for interesting estate questions. Ali’s estate is estimated to be worth somewhere between $50 million and $80 million. 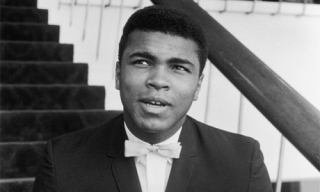 Ali, one of the most recognizable people on earth, earned millions of dollars every year from endorsements and image licensing deals. The deals were directed to his company, Goat, LLC—which stands for “Greatest Of All Time.” He sold stakes in the company but kept a 20% interest. Similar to other deceased celebrities, the estate is required to place a present value on the anticipated future earnings that could possibly be derived from publicity rights, which will set the ultimate tax.

It’s a tough task. The IRS and estate of the deceased might have widely varying estimates of the future income stream from these sorts of intangible assets. For example, the passing of a well-known music artist or sports figure means that this person’s popularity will soar after his or her death—and appreciate the value of these assets.

If Ali left everything to his wife, including the 20% company stake, the valuation will be academic because she will have an unlimited marital deduction. This allows the transfer of an unrestricted amount of assets to a spouse without estate tax at any time, including death. Others receiving a stake in his image rights don’t get the same break.

No matter who inherits the rights, Arizona has some favorable rules for protecting image rights. This is because of something called a post-mortem right of publicity: the estate has an enforceable right to prevent others from exploiting his name, likeness, and image for commercial use.

Ali’s primary residence was in Arizona, one of the states that doesn't have a state estate tax, so his estate would only be subject to the federal 40% tax rate on estate values exceeding the $5.45 million exemption. In contrast, the Champ also owned property in Kentucky, where he grew up. Kentucky has an inheritance tax. His heirs will see a maximum 16% tax rate on inherited assets. Some parties are exempt from paying the inheritance tax. Kentucky statutes say that if Ali willed his residence to his wife or children, they’d be exempt from the tax. Any nieces, nephews, aunts, uncles, daughters-in-law and sons-in-law would have to pay.

Ali was married four times and had nine children, including an adopted son and two daughters outside of marriage. The way in which Ali referenced his nine children in his will could also come into play. This might be an interesting issue in how he defines them, who he provided for, and if he intentionally left anyone out.