A former University of New Hampshire librarian’s $4 million gift to the school has received considerable attention due to the way the school opted to use the funds. This uproar is a reminder that estate planning is important, especially if you’re particular about the way you want your money used. 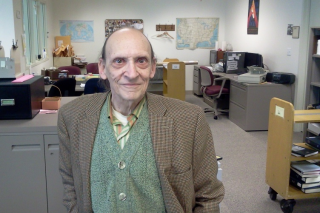 This is the message in the credit.com article “The Lesson We Can All Learn From the Librarian Who Left a Fortune to His Former Employer.”

Robert Morin, a university librarian for nearly 50 years, gave his entire estate to the school when he died in 2015. He designated that $100,000 go to the library but didn’t say how the remaining money should be spent, according to UNH. The school said it plans to spend $2.5 million of the proceeds on a student career center, and another $1 million on a video scoreboard for the school’s football stadium.

The scoreboard upset some people. They said using 10 times the amount dedicated to the library for a scoreboard goes against Morin’s interests—especially his austere lifestyle—which is the reason he could save such a large sum of money.

Think about the amount of flexibility we have in dictating our wishes when it comes to leaving money to others in our estates. A will or living trust can give instructions to do anything that’s not illegal, so you can put in pretty much anything you want.
Here are a few things to consider when deciding who will receive proceeds from your estate and how much:

Specific Amounts. Use caution when stating specific dollar amounts in your will or trust, especially when coupling charities and family as beneficiaries. An estate can lose value over time, so the $100,000 you want to leave to the Alley Cat Allies can sound terrific when your estate is valued at $1 million. However, if it plummets to $150,000, it will leave little for your family. Instead, use a percentage of the estate instead of a specific dollar amount and add a restriction that the amount is not to exceed a specific dollar amount.

Name Charities as Beneficiaries. Rather than mixing charities and family members in your will, make a charity a beneficiary of a retirement account. The money will then go to the charity tax-free, and, if you want to change which charity receives your donation, you only need to change the beneficiary on your IRA or 401K instead of rewriting your will.

As with most estate-planning issues, it’s smart to speak with a qualified estate planning lawyer instead of trying to do it yourself—especially if you have substantial assets and/or multiple beneficiaries.

Reference: credit.com (Sept. 19, 2016) “The Lesson We Can All Learn From the Librarian Who Left a Fortune to His Former Employer”