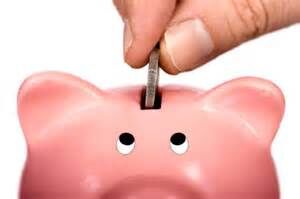 Can you believe that Social Security’s 60 million-plus beneficiaries are scheduled to get a miniscule 0.2% cost-of-living adjustment next year? In addition, some Medicare recipients could be in line for some steep premium increases, according to the annual trustees reports about the financial health of Social Security and Medicare as reported in AARP.org’s article, “Social Security COLA Projected for 2017.”

The long-term outlook for Social Security old-age and disability benefits is still good, with promised benefits payable until 2034. Without any changes to the law, 79 % of promised benefits will be payable through 2090. However, the trust fund that finances Medicare’s hospital coverage is fully funded until 2028—that’s two years less than projected a year ago.

Social Security annually weighs whether to give beneficiaries a cost-of-living adjustment based on inflation compared to the last year that a cost of living allowance (COLA) was awarded. Beneficiaries didn’t receive a COLA for 2016 because the inflation rate fell, which is the third time since 2010 they didn’t get an increase in payments. The 0.2% COLA that the trustees project for 2017 still could change with inflation. We’ll need to wait for the final word to come in October.

Medicare beneficiaries want to know what will happen to the Part B premium in 2017. With no COLA for 2016, about 70% of Medicare beneficiaries were “held harmless” from cost increases and are paying the same standard premium as they did in the previous three years at $104.90 a month. The remaining folks are required by law to share the load of increased costs; they must pay much more. But Congress came through with a solution that limited the impact of the increases for this year.

Among the 30% impacted next year are those who didn’t have their premiums deducted from Social Security checks in 2016, including those new to Medicare in 2017, and those who already pay higher premiums because they have higher incomes. The higher-income beneficiaries would see even higher jumps in premiums next year. Those look to increase from $166.30 to $204.40 a month for the lowest affected tax bracket and from $380.20 to $467.20 for those in the highest.

One other group, which includes low-income people whose states pay their Part B premiums, aren’t personally affected. However, their states will face some additional costs.

Part B premiums are to cover 25% of total costs. The federal government will contribute the remaining 75% out of general revenues. The increased income-related premiums are set to cover 35%, 50%, 60% or 80% of the costs, depending on income level. The increase in Medicare costs, which means increases in Part B premiums, is primarily due to the high prices of some recently developed prescription drugs.