A probate judge in Minnesota who is in charge of the proceedings concerning Prince's estate has whittled down the large group of potential heirs for the late superstar's fortune. Carver County Judge Kevin Eide crossed out about 30 claimants and ordered genetic testing for six purported family members, reported The Minneapolis Star-Tribune in “Court order sharply narrows Prince's potential heirs.” 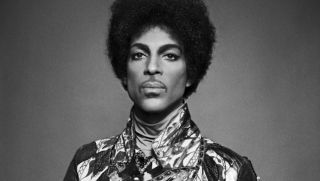 The judge's order requires genetic testing for Prince's sister, Tyka Nelson, and three of his half-siblings: Sharon Nelson, Norrine Nelson and John Nelson. In addition, Judge Eide ordered testing for Brianna Nelson, who claims to be Prince's niece. Also to be tested is potential grand-niece Victoria Nelson. They both say that Briana Nelson's father was Prince's half-brother.

No reason was given as to why Eide didn’t order testing for Omar Baker or Alfred Jackson, who were listed as half-brothers in the original petition to name a special administrator to the estate. However, the judge's order noted that the court was "not aware of any objection or dispute" that all six siblings or half-siblings are legitimate heirs. A DNA test has already eliminated a Colorado prison inmate who said he was Prince's son.

As we all recall, Prince died on April 21 of a drug overdose. Because he didn’t have a will, the process of figuring out his heirs and distributing his estate is the work of the probate court.

Unless any other potential claimants come forward, Judge Eide's order drastically cuts down the pool of those who may benefit from Prince's estate—which is estimated to be at least $300 million—or gain control of his legacy.

Some of the individuals who were excluded from potential heirship in the probate order are five unidentified people with somewhat dubious arguments that Prince was their biological father. The order also bounces a handful of claimants who alleged that Prince's father was someone other than John L. Nelson, who’s listed in court records as Prince's father. The four siblings or half-siblings of Prince who were ordered to take a DNA test all claim Nelson as their father.

Eide may have ordered these people to be tested because of the claimants who said John L. Nelson wasn't actually Prince's father, despite the fact that he threw out those claims. Two that don't need to be tested are claiming relation to Prince through a common mother, but different fathers.