Given that he has a fortune estimated at more than $5 billion, Sumner Redstone could hire the best estate planning help that money could buy. But instead, he bought himself a big mess—regardless of the results of all of the litigation concerning the 93-year-old media mogul. 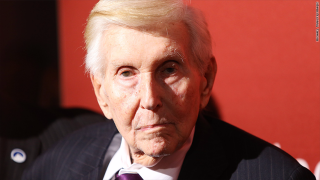 The New York Times' article, "In Sumner Redstone Affair, His Decline Upends Estate Planning," explains that a lawsuit brought by Manuela Herzer, one of Redstone's girlfriends, revealed humiliating details about his physical and sexual appetites and his diminishing mental capacity. A medical expert testified that Redstone suffers from dementia that's "toward the severe end of moderate." That case was dismissed last month; however, the testimony about Redstone's mental state will be important in a showdown between Redstone's previously estranged daughter Shari and the man who looked to be his heir apparent, Philippe Dauman. The fate of the Redstone's CBS and Viacom mega-corporations is what's at stake.

Dauman is the CEO of Viacom and was—until last month—Redstone's longtime confidant and a trustee of the trust that controls 80% of National Amusements (his daughter owns the remaining 20 percent), which owns 80% of the voting stock in both CBS and Viacom. People around Redstone now appear to be competing for control—and each one has his or her own objectives, but many of them are attempting to influence decisions related to his estate, the trust and Viacom.

Redstone's problems are a billion-dollar example of what's happening throughout the country. Caregivers, often younger women, are ingratiating themselves into the lives of older men—often beginning as caregivers then becoming romantic suitors. As Americans live longer and more families must cope with late-in-life issues like dementia, the problem is expected to continues getting worse. Seniors are susceptible to the influence of people who happen to be around them during their final days. And this is an issue for many people of even modest wealth.

Regardless the size of their net worth, a good number of those people will consult with estate planning attorneys to create a trust—either revocable (which can be changed later) or irrevocable. A trust anticipates problems and can define what the creator of the trust means by incapacity, which could be a much less rigorous standard than is typically applied by courts. The trust should define the meaning of incapacity and who determines incapacity.

Summer Redstone created this type of trust, but it gives very little control to others as long as he's alive. In addition, it doesn't specifically define incapacity. His lawyers say that his trust is irrevocable, but Redstone is the sole beneficiary as long as he's alive; he has the power to remove or add trustees unless he's incapacitated. But that can only happen if and when he's judged incompetent by a court or by the opinion of three doctors who say that, based on medical evidence, he's not able to manage his affairs in a competent manner.

The critical issue in all of this is who controls the seven-trustee board of his trust: the National Amusements trust will control Redstone's assets, including his dominant stakes in CBS and Viacom, if he dies or is deemed to be incapacitated.

Dauman and his co-trustee filed to have their dismissal deemed invalid on grounds that Shari has isolated her father and is exercising undue influence over him. She denies these claims. Redstone's lawyers filed suit in Los Angeles, seeking a ruling that the trustee changes were valid. His mental capacity is a crucial issue in both lawsuits.

Redstone could have avoided many of these concerns if he would have created a trust that allowed a majority of trustees to determine that he didn't have the capacity to remove trustees. Many trusts will have a term that's automatically effective when the creator of the trust hits a designated age, such as 75 or 80. However, sometimes no amount of legal advice can save people from their unwillingness to make plans for their own demise and cede control while they're still in full control of their faculties.