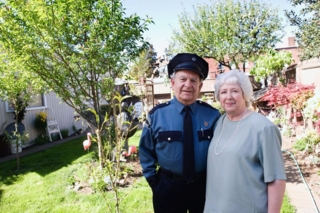 New Hampshire will soon have a full-time lawyer to investigate and prosecute crimes against the elderly, according to a story posted on fosters.com, “NH to strengthen elder protections.” The Governor’s Executive Council voted to accept a $130,000 federal grant to fund a state Elder Abuse Protection Bureau. This new unit will be charged with the investigation and prosecution of elder abuse cases and will be a part of the Attorney General’s Consumer Protection Bureau.

The grant money will be used to pay for a temporary full-time prosecutor whose job it will be to focus on crimes and abuse against the elderly. The new prosecutor will be partnered with a victim-witness specialist, which will form—as the state says—”a unit solely dedicated to elder abuse.” The unit will also provide educational outreach to elder groups regarding the prevention and/or reporting of fraud and other forms of abuse and neglect.

The state had been looking for money to do this work, and it’s become more important since the passage last year of a new chapter in the state’s criminal code making financial exploitation of elderly, disabled and impaired people a felony.

The state says part of the new effort will be to partner with home healthcare workers, Meals on Wheels drivers, and bank tellers to get their help in watching for abuse. Seniors can be reticent to report abuse—especially when it’s relatives who are victimizing them—because they don’t want to get their kin in trouble.

One provision of the new law states that if a perpetrator knew the seniors didn’t have the mental faculties to agree to change their will or otherwise give away their assets, then the perpetrator cannot claim it was a “gift” as a defense.