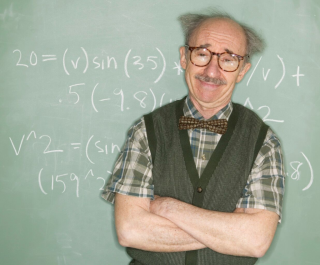 You want to prosper by following tried-and-true principles of effective wealth creation and asset management—not myths passed down from older generations or heard around the office water cooler. Kiplinger’s “8 Urban Myths of Personal Finance” unravels several urban legends of personal finance that have gained credence over the years.

Myth: There’s No Need to Start Saving for Retirement Until You’re 40. Did you know that 25% of Americans ages 30 to 49 have saved nothing for retirement and that 59% say they plan to save more aggressively “later” to make up for that shortfall? The long-term effects can be disastrous if you don’t put away money in a retirement savings plan as soon as you start earning a paycheck. The truth is the sooner you start saving and investing, the better.

Myth: Social Security Won’t Be Around When I Retire. Many people in the U.S. (55%) have this fear. The truth is Social Security isn’t going away. But remember that Social Security was designed as a supplemental retirement insurance program, not a pension per se.

Myth: I Can Borrow from My 401(k) When Needed. More than 20% of 401(k) plan participants who are eligible to take loans against their retirement savings had outstanding balances in 2012. But there’s a problem in doing this—you’re borrowing pre-tax dollars set aside in your 401(k) and paying the loan back with after-tax money. That money will be taxed once again when you withdraw from your savings after you retire! If you quit your job, are laid off or are fired, you’ll need to pay the loan back—usually within 60 days. If you can't pay it back, the outstanding balance is deemed a taxable distribution, and you’ll get dinged with a 10% early-withdrawal penalty if you are under 55. The truth is that while you are permitted to borrow from your 401(k) to make a down payment on a home or in cases of financial hardship, you’ll take a huge hit on your nest egg.

Myth: Only Rich People Need a Will. About one half of all Americans ages 55 to 65 don’t have a will. If you should pass away without one, a judge will decide how to divvy up your assets and who will raise your children. The truth is everybody should have a will, even if it’s just to detail funeral and burial wishes.