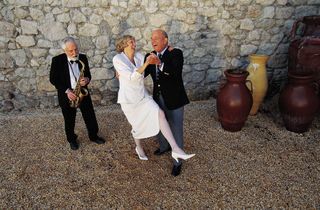 Are you thinking of getting remarried? You're not the only one. In 2013, 40% of new marriages included at least one partner who had been married before, and two in ten new marriages were between people who had both previously been married, according to a 2014 study.

But wlbz2.com's article, "Getting remarried? Get a financial plan first," says that many folks do little planning, and that ends up increasing the conflict and chaos that often occurs down the road when "death do us part."

Most don't get that marriage automatically gives significant rights to the new spouse. They've never heard of spousal elective shares or homestead rights, and have not thought of the effect of their remarriage on their estate when they die.

For example, in some states, the rights that a spouse automatically gains upon marriage may include:

The simple fact is people just don't like dealing with these issues, whether it's their first marriage or their fifth time around. But if you plan on getting remarried, or already have, here are some of the things to keep in mind:

Consult an expert. State laws vary, and people thinking of a remarriage should meet with a qualified estate planning attorney to understand what their rights are and how to handle those rights and powers.

Get a prenuptial. Folks getting remarried should think about getting a prenuptial agreement, especially if they have a home or business they want to pass to their descendants from an earlier relationship or if each spouse wants to retain the right to pass on their personal investments and property to their respective descendants. Once married, if a new spouse dies without a prenuptial agreement, the surviving spouse will get to inherit what state law allows (a spousal right of election). Even if the deceased spouse leaves assets to children from a prior marriage, it won't fly without a waiver of the spousal right of election—a document which is frequently signed in conjunction with a prenuptial agreement.