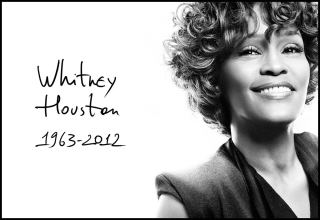 Whitney Houston’s heirs are now in Tax Court fighting over what the IRS says is owed in estate taxes, according to Billboard’s article, “Whitney Houston Estate Challenges $11 Million Tax Bill.” The estate said it objects to the determination that $22.6 million has been underreported. This, the IRS claims, means that more than $11 million is owed, including $3 million in penalties.

Some of the money that’s owed is from Whitney’s song and performance royalties. There’s also a $9 million dispute over the value of her album catalog.

The Whitney Houston estate claims that the IRS is in error by increasing the value of her publicity rights from $11.5 million to $11.7 million. There’s no indication as to the agency’s rationale for the increase, but it shows that the IRS means business and will continue to pursue money from the name and image of dead stars. A trial is scheduled for next February.

Right now, the IRS is currently in court fighting with another pop legend’s estate. The Michael Jackson estate is litigating over the value of his publicity rights. The IRS originally stipulated that the value of these rights upon death was $434 million. However, it has recently backed off from this precise amount. On the other hand, the Michael Jackson estate argued it’s worth just $2,105.