A probate judge in southern Minnesota has given the administrator of Prince's estate the okay to sell six of the late rock icon’s properties. 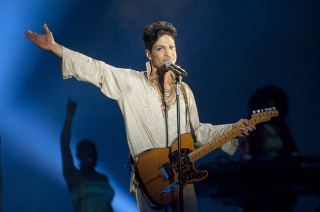 As Billboard reported in “Prince Estate to Sell Six Properties Following Judge Approval,” court papers filed by Bremer Trust asked a judge for permission to offer for sale about twenty of Prince’s properties. They’re estimated to be valued at $28 million.

Carver County Judge Kevin Eide gave the trust the green light to list several properties, which include homes, vacant lots, and buildings in Prince's hometown of Chanhassen, a suburb of Minneapolis.

The list includes a commercial building estimated to be worth $22 million, as well as a 156-acre piece of land in Lakes Ann and Lucy valued at $13.7 million.

However, the Prince Estate denied any plans to sell Price’s Paisley Park compound and studios. The administrator of Prince's estate told the media that it’s not planning to sell Paisley Park, just a day after it petitioned the judge for permission to place several of Prince’s properties on the market.

It was anticipated that Prince’s home and recording studio Paisley Park would not be among the 15 properties to be liquidated. Bremer Trust, which is in charge of managing the late rock artist’s affairs, recently confirmed it “has no plans to sell either Paisley Park or the property referred to as the Purple Rain house.”

Judge Eide told the estate administrator that it may list the six properties on August 26th, after Prince's half-brother Alfred Jackson was given the opportunity to tour them, according to a report from Minnesota Public Radio News.

After this, the estate must submit another affidavit prior to listing the sale of the remaining eight properties.

Prince, age 57, was found dead in his Minnesota home on the morning of April 21.