Baby boomers are heading toward retirement, and some are already there, as the oldest members of the generation turn 70 this year. This milestone may have you thinking about this next stage of life and asking these questions: When will we stop working? Where will we live in retirement? How will we afford it? 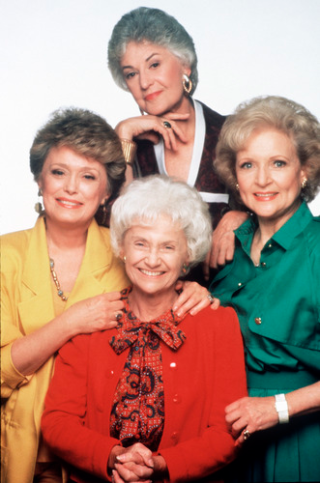 NBC's "The Golden Girls" was groundbreaking in its portrayal of feminism, aging, and other important issues of the day. Its lessons about retirement are still relevant today, says this Kiplinger's article, "5 Things 'The Golden Girls' Can Teach Boomers About Retirement." Let's take a look.

Lesson #1: Roommates can help pay the bills and keep you company. On "The Golden Girls," Blanche (Rue McClanahan), Rose (Betty White), Sophia (Estelle Getty), and Dorothy (Bea Arthur) shared Blanche's Miami home out of financial necessity. All four women were near, at or above retirement age. Just like many boomers, they didn't save enough for retirement. Blanche sought some roommates to help offset expenses and ended up with Rose and Dorothy—and Dorothy's mother, Sophia. These ladies showed future retirees that you can save money by splitting costs and doing things yourself, such as installing a toilet and renovating a garage. Boomers are now aware of the shared-housing model, as over a million households now have unrelated single people ages 46 to 64 living together. That's about a third more than there were in 2000.

Lesson #2: You might need a job after you retire. For boomers who don't have a pension and didn't save enough in a retirement fund, a post-retirement job could be necessary. "The Golden Girls" needed to work to make ends meet. For example, Dorothy was a substitute teacher, and Rose—who lost her pension—worked at a TV station. For Boomers in the '80s who focused more on their kids and careers than retirement, this was a TV-inspired wakeup call. We need to think about saving money for our later years. Like the characters on “The Golden Girls," staying on the job or starting a side business is a necessity.

Lesson #3: You might end up divorced or widowed—and dating. Can you believe that the divorce rate among people 50 and older in the U.S. doubled between 1990 and 2010, which means more older singles. The characters on "The Golden Girls" were no strangers to relationships and love. Blanche, Rose, and Sophia were all widows, and Dorothy was divorced. Their late-life dating made for a lot of laughs and some tears. Remember that divorce and widowhood can have a significant effect on the size of your Social Security checks. For instance, you can claim potentially higher benefits based on your ex-spouse’s earnings as long as you don’t remarry—and you don't need to tell your ex you're doing it.

Lesson #4: Your purpose doesn't end with your career. Like in the "The Golden Girls," retirement doesn't have to mean checking out. This series never shied away from topics that could make viewers uncomfortable and eschewed stereotypes. It showed us why we should stay connected with the real world in our own Golden Years through, among other things, volunteer work and second careers.

Lesson #5: Real life isn't a sitcom. Life wasn't always golden for "The Golden Girls." They complained, fought, and insulted each other. However, they were great friends and resolved their issues.