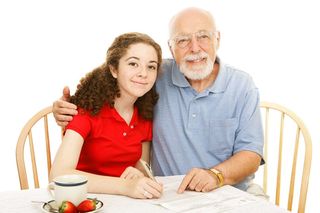 Sacramento County says it’s better prepared to deal with the uptick in cases after reinstating a financial abuse unit within Adult Protective Services in January 2015. The financial unit was eliminated during the recession, but now has been reinstated due to concerns that the county couldn’t handle an increase in financial abuse claims.

Reports of elder abuse have been increasing for the past few years, and experts believe that demographic and technological trends mean that the crimes will continue. A Met Life report called financial scams against the elderly “the crime of the 21st century.”

One contributing factor is the aging of our population. Baby boomers are now in their senior years. Another is technological, with scam artists leveraging the internet to make phone calls that appear to have been made close to home. Finally, greater public awareness looks to have peaked last year at the same time reports went up in Sacramento County. In June 2015, the county paid for an advertising supplement in several publications that explained the types of issues dealt with by Adult Protective Services. APS received 403 reports the same month, which was a record.

In addition to these efforts, financial institutions have become more aware of scams against the elderly. This is due in part because a state law requires them to report suspected abuse to the county. But scams are now more sophisticated, and the elderly are often lonely and more apt to engage with people and become vulnerable.

Financial abuse is the most common type of report received by Adult Protective Services. The agency also handles complaints of sexual and physical abuse, in addition to other forms of mistreatment. In the event an investigation does not rise to the level of criminal activity, case workers help by closing bank accounts, finding financial managers, and providing other assistance.