According to a recent survey, 64% of Americans don’t have a will. Most of them don't have one because they just haven't gotten around to making one. Still, others say it's a lack of urgency and a general unwillingness to talk about their own death. 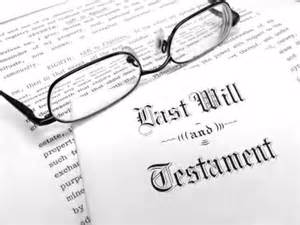 Forbes' article, titled "Snoop Dogg Admits He Doesn't Have A Will: 7 Reasons He (And You) Should Reconsider," says the rapper, reality TV actor, and musical artist Snoop Dogg is one of the 64%. Snoop says he doesn't have a will and doesn't care because he'll be dead. His exact words were too "colorful" to print. Even so, he's not completely oblivious to the consequences. Snoop wants to be reincarnated so that he could come back and watch his beneficiaries fight over his money!

Snoop is currently married to Shante Taylor (though divorce rumors linger, even though they were previously married to one another, divorced and then remarried). He has three children with Shante and an alleged additional son with a former girlfriend. Plus, last year, he also became a grandfather. Snoop's net worth is about $143 million, so it's hard to imagine why he would refuse to draft a will, even if he's going to be reincarnated.

There are a number of important reasons, even if you're not millionaire, why you should have a will as part of your estate plan. Here are a few to consider:

Appoint a guardian for your children. If you pass without a will, the care of your children will be determined by the court rather than according to your own wishes.

Appoint a trustee for your children. In some situations, depending on the ages and circumstances (such as a special needs child or significant inheritance), you might want an independent trustee—such as a bank or trust company—to serve as trustee or as co-trustee to make the best financial choices for your kids.

Determine who receives your assets. Without a will, you don't have a say as to who gets what. If you want to make sure those special items aren't liquidated as part of your estate or don't end up in the wrong hands, then you'll want a will to make sure that doesn't happen.

Save money. Not drafting a will is the start of a potentially expensive and time-consuming situation for your beneficiaries. In addition to the cost and stress, this could create fighting and hard feelings among your family members.

Give to charity. Without a will, your administrator can't carry out your charitable intentions. Even smaller patterns of giving, such as to your church or your college, may be impacted if you don't properly provide for those charitable organizations in your will.

While nobody likes to talk about dying or wills or what might happen after you're not around—and even if you plan to be reincarnated—do everyone a favor and get a will for the sake of your family.