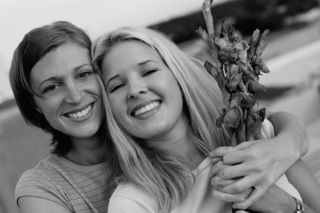 The daughters of two late celebrities are looking to find easier ways for family and friends to visit ailing elders. They've brought separate pieces of legislation to Washington State in memory of their fathers' end-of-life struggles.

KOMO News recently ran a news item, "Daughters of Casey Kasem, Peter Falk tackle elder visitation," which tells their similar stories. Both Kerri Kasem and Catherine Falk were blocked from visiting their fathers, Casey Kasem and Peter Falk, because of personal disagreements with family members. Both men were suffering from serious illnesses.

The daughters had to take legal action to see their fathers. As a result of their experiences, the women are independently working in several states to provide a way for close friends and relatives to visit ailing or incapacitated elder family members without needing to file for guardianship.

Radio personality Casey Kasem had dementia. His three adult children from a previous marriage and Jean Kasem, his second wife, fought a heated legal battle over his care. Peter Falk, star of the 1970s TV series "Columbo" became incapacitated in 2008 due to dementia. Likewise, Catherine Falk battled her father's second wife in court to win occasional visits with her father.

Falk's Washington bill says a guardian can't restrict an incapacitated person's right to visit and communicate with anybody. Their consent is presumed based on their history with people, such as close relatives with positive relationships. However, the guardian could block visitation if they showed good cause. The bill would also require guardians to notify close relatives and others if the incapacitated person moves to a new home, spends time in the hospital, or dies.

Kasem's main bill permits a person to petition a court for visitation rights. Another proposal Kasem supports is one that requires a guardian to tell close relatives and friends if an elder spends significant time in the hospital or has died.

None of the bills has been scheduled for a vote.

Kasem said she would be interested in joining forces with Falk or others for guardianship reform legislation.