There are growing reports of trouble on the horizon for Muhammad Ali’s estate and his legacy, according to Forbes’ recent article “Battles Coming For Muhammad Ali Estate, But It Should Emerge Victorious.” The stage is set for an estate battle, as Ali fathered nine recognized children (including his adopted son from his most recent marriage) during four marriages. Estate disputes between children from prior marriages and the surviving spouse are a big source of trouble in probate actions. Further, Ali’s Parkinson’s disease may have had both physical and mental impacts. 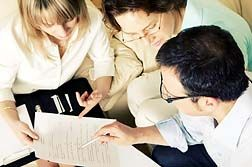 Initial reports are that Ali’s fortune ranged from $50 million to $80 million, but that could just be the beginning. The value of his fortune could increase dramatically now that he’s gone—just like what happened with Elvis Presley and Michael Jackson.

Because of this, the possibility of estate fighting is significant. Reports say that Ali’s only known biological son—Muhammad Ali, Jr.—has been upset since his dad married Lonnie, his fourth wife, in 1986. Junior says that she cut him out of his father’s life and rarely let him visit. Ali Jr. was living in poverty and is now attempting to peddle a tell-all book with a plan on cashing in. He may also file a court action to try to get an inheritance. Also, Ali’s second wife, Khalilah Camacho-Ali, recently said that she expects there will be claims by illegitimate children to swamp Muhammad Ali’s estate.

Despite these reports, Ali is thought to have created a will—and perhaps other estate planning documents—with Lonnie in charge of his estate. She helped manage his financial and business affairs throughout their marriage.

The date that his estate planning documents were finalized will be critical: the nearer to his date of death and the weaker he was when he signed the will or other documents means the better chance of disgruntled heirs or others challenging their validity. In addition, it will be important to find out if Ali worked with an experienced and reputable estate planning attorney and the wording of his will and/or trust documents. Did he want everything to go to Lonnie, his children, or to charity?

Most wills prepared by experienced estate planning attorneys have a clause that disinherits any unnamed children. If this is the case with Ali, claims by illegitimate children—even those with DNA proof—will be denied. Lonnie and any other executors appointed to serve would still have to handle claims from people looking for some of the champ’s fortune. The battles may be frequent and complicated, but they’re much less difficult if a will and other estate planning documents are in place. In Ali’s case, that means they’re legal and were signed by Ali before Parkinson’s disease had an impact on his mental state. Hopefully, we’ll know soon that Muhammad’s legacy and heirs are protected with good estate planning.