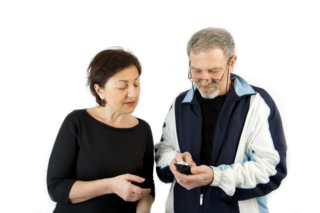 Baby boomers have begun to think about several concerns as they prepare for retirement. A recent survey found that of the top fears of workers nearing retirement, these three were the ones keeping people up at night. The Motley Fool's article, "3 Biggest Fears Facing Would-Be Retirees," examines each of them.

Social Security's difference between income and outgo isn't expected to run dry until 2029. Even when that does happen, the Congressional Budget Office estimates that the system can still support 70% of projected benefits in 2030.

No. 2: Declining health results in long-term care. The average cost of a semi-private room in a nursing home is about $6,200 per month, while assisted living facilities can cost an average of $3,300 per month. Those costs are far more than the average Social Security check and will erode most retirees' savings fast—long-term care isn't covered by typical health insurance programs like Medicare. It will pay for a short stay in a skilled nursing facility after a hospitalization, but it won't pay for most long-term care expenses, like custodial care.

Medicaid offers more help with long-term care expenses, but it's only for those who have low incomes and few assets. More than 40% of men and 50% of women age 65 are expected to live into their mid-80s, which means that there's a good chance most Americans will have to pay long-term care expenses. Folks should consider long-term care insurance. Although it isn't cheap, it can help protect income and savings in retirement. Talk to an experienced elder law attorney about your options, such as a Medicaid Trust.

No. 1: Outliving retirement savings. The median retirement savings of American workers is about $63,000 and most advisors recommend withdrawing no more than 4% of those savings per year in retirement. With that, the nest egg isn't going to do much for day-to-day living. If you're in your 50s, you can still save more money.

Getting your finances in order prior to retirement may seem daunting. Nonetheless, preparation is the key to designing the kind of financial plan necessary to allow you to live a financially secure retirement.