The estate tax is a tax on property transferred at your death, and recent changes in the tax laws have increased the amount that you are allowed to pass on to your heirs before you owe the IRS. For those who die in 2016, the $5.45 million (per spouse) threshold is high enough to keep most Americans from having to consider federal estate taxes. However, Motley Fool notes in "Does My State Have an Estate Tax?" that 14 states and the District of Columbia have estate taxes of their own. These laws frequently impose taxes on much smaller estates. 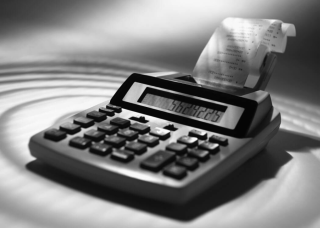 The big challenge for residents in these states is that the maximum size of an estate you can pass to heirs without owing state estate tax doesn't have to match the federal exemption. You have Hawaii and Maine, which currently match the federal $5.45 million exemption amount. Maryland, New York, and Washington, D.C. each have laws that are gradually raising their state exemption amounts to match the federal amount. But there are other states with much lower exemptions, like New Jersey. Its state estate tax exemption only goes up to $675,000. Oregon and Massachusetts have $1 million exemptions. Similarly, and Rhode Island's $1.5 million and Minnesota's $1.6 million thresholds are all much lower than the federal exemption.

The tax rates that states impose are also frequently very hefty. Some states that are tied to the old federal pick-up system typically charge graduated rates from 0.8% up to 16%. Washington State's top rate is 20%, and Oregon and Hawaii reflect the old systems maximum rate of 16%.

Also note that many states offer deductions against estate taxes that in some cases can prevent an estate from having to pay tax. For example, the same marital deduction that allows you to pass assets to your spouse estate tax-free at your death typically applies in state estate tax situations as well. Talk with a qualified estate planning attorney about a sound estate planning strategy to help you reduce or eliminate potential "state" estate tax liability.

Be aware of the possibility of having to pay estate taxes at the state level because of where you live. Decisions about where you want to spend your retirement should weigh state estate tax provisions. While estate taxes at the federal level typically impact those who are extremely wealthy, because state estate taxes in some locations apply to much smaller amounts of wealth, you need to pay close attention to make sure that you won't end up handing your loved ones a huge tax bill when you pass away.